What makes being a band member the most enjoyable thing to do? 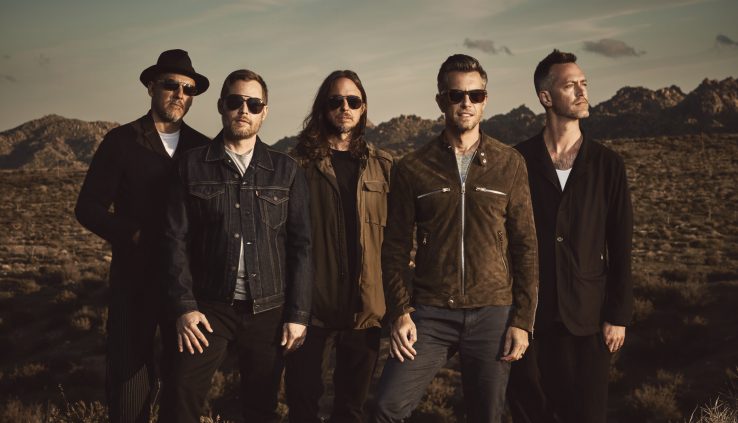 What makes being a band member the most enjoyable thing to do?

There are a lot of benefits of being in a band. Those who dedicate time to learning to play an instrument will have a huge list of band member pros, but many people still question why being a band member is fun.

In this article, we’ll cover a couple of benefits of being in a band and why it’s a good idea to continue chasing your dream of being in the music business with a few of your band friends.

You Get to Travel and Perform Anywhere

A lot of people love to travel, and a lot of people look for ways they can travel while profiting from it. One of those band member pros is that good bands tend to travel a lot and perform in a large number of different venues.

Frequent travel is why being a band member is fun and why it’s worth dedicating time to improving your music skills. You never know how far away you’re away from a megahit that will put you and your bandmates on the worldwide charts. Just one song is enough to get club owners calling you and making live performance deals.

The more famous your band becomes, the more frequently you’ll get to travel, and the more likely it will be you’ll visit more remote destinations. If you put on a great show, more people will want to see you perform live. 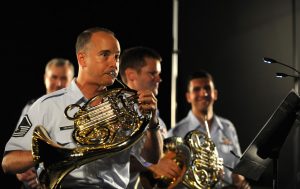 Being in a Band Is a Way of Self Expression

Have you ever heard the saying that someone expresses themself through music? Well, it’s definitely true, and there are countless examples of people expressing themselves through their music.

One of the benefits of being in a band is the fact that you’re not limited to what kind of music you’re going to make and what kind of lyrics you’ll come up with. Music has helped many people express themselves, whether it’s love, sadness, or any other type of emotion that they are dealing with.

One of the best examples is the late Chester Bennington. Most of the Linkin Park songs where he was the lead singer had lyrics revolving around depression, anger, sadness, loneliness, and every other emotion Chester was dealing with in his life. This band exploded in the early 2000s and won the hearts of millions of fans across the globe.

Writing and playing music can be a great way to communicate with others if you can’t find another way. Not only will you keep yourself busy working on your music, but you’ll be able to share your emotions with others and deal with them in a healthy way.

You Make Lots of Friends

One of the reasons why being a band member is fun is because you’ll get to meet a lot of people. The more you work on your music, and the more you perform, the more people you’ll get to meet. Music can be a very strong bond that connects people. Unfortunately, there will always be those people that want a band member’s friendship only because of their popularity, but there will also be genuine people that you have a lot in common with.

It may sound funny, but songwriting and live performances tend to improve social skills. You won’t feel awkward when you start talking to people you don’t know, and the more self-esteem you have, the easier it will be to reach out and open up to other people. 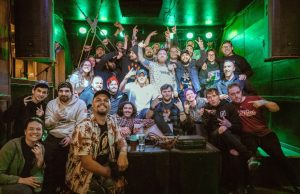 The more you work on your music, the more people you’ll get to meet. Once everything takes off, not only will you meet people on your shows, but other people from the music industry will reach out to you to collaborate and work with you. It’s not uncommon to meet people with the same mindset as you and your band members. For people who are shy, well, the fact that you’ll become surrounded by people and the shyness will slowly disappear.

Everyone has stress in life. It can be family or work-related, so one of the benefits of being in a band is that you get to relieve the stress you accumulated elsewhere. The moment you start focusing on your music, singing, or playing an instrument, the stress you’re experiencing will quickly fade away.

Many have confessed that music has helped them in their hardest times and that they can relate to the lyrics of a particular song. Well, imagine being able to create a song that will be as energetic as you like and with lyrics that can quickly hit the right spot.

Having fame and glory, riches, big houses, cars, or jewelry doesn’t mean you won’t be stressed out. On the contrary, it means you’ll have more to worry about. However, being in a band means that you’ll always have a team you can lean on if things get bad and a place where you can feel stress-free.

We have mentioned lots of benefits being in a band brings you, but what most people don’t realize is that playing music with a band changes you. Out of all the benefits of being in a band, one of the strongest is building confidence. Being in a band doesn’t mean you’ll only play music for yourself, but playing for others as well. Once you arrange your first gig, you’ll play in front of many other people, and all eyes will be pointed at you and your band members. 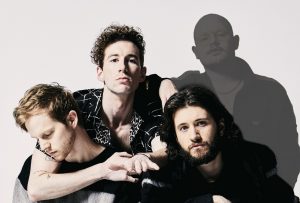 A lot of people never try new things and don’t chase their dreams because they lack confidence and worry too much about what others will think if they fail. Some of the most successful people out there took the chance they had and started with just a little confidence. The more they tried, the more confident they had, and surprisingly, they became better at everything they did.

The Sense of Achievement

One of the last benefits of being in a band is having a sense of achievement after finishing each song. That will mean a lot for the emotional well-being of every person, and not only does it boost confidence, but it makes you better in every way because the feeling is so addictive.

By creating a portfolio of various songs, you’ll also have the opportunity to enter local and regional competitions. It’s one of the reasons why being a band member is fun, but it also gives you the opportunity to show your talent. Winning one or more competitions boosts your confidence but also gives you a huge sense of achievement. It does require dedication and a lot of sacrifices, but the feeling is irreplaceable, and the better you become, the more you’ll want to play for others.